Inside KLKTN: The Digital Collectible Where Asian Stars Enter the Much-hyped NFT Space 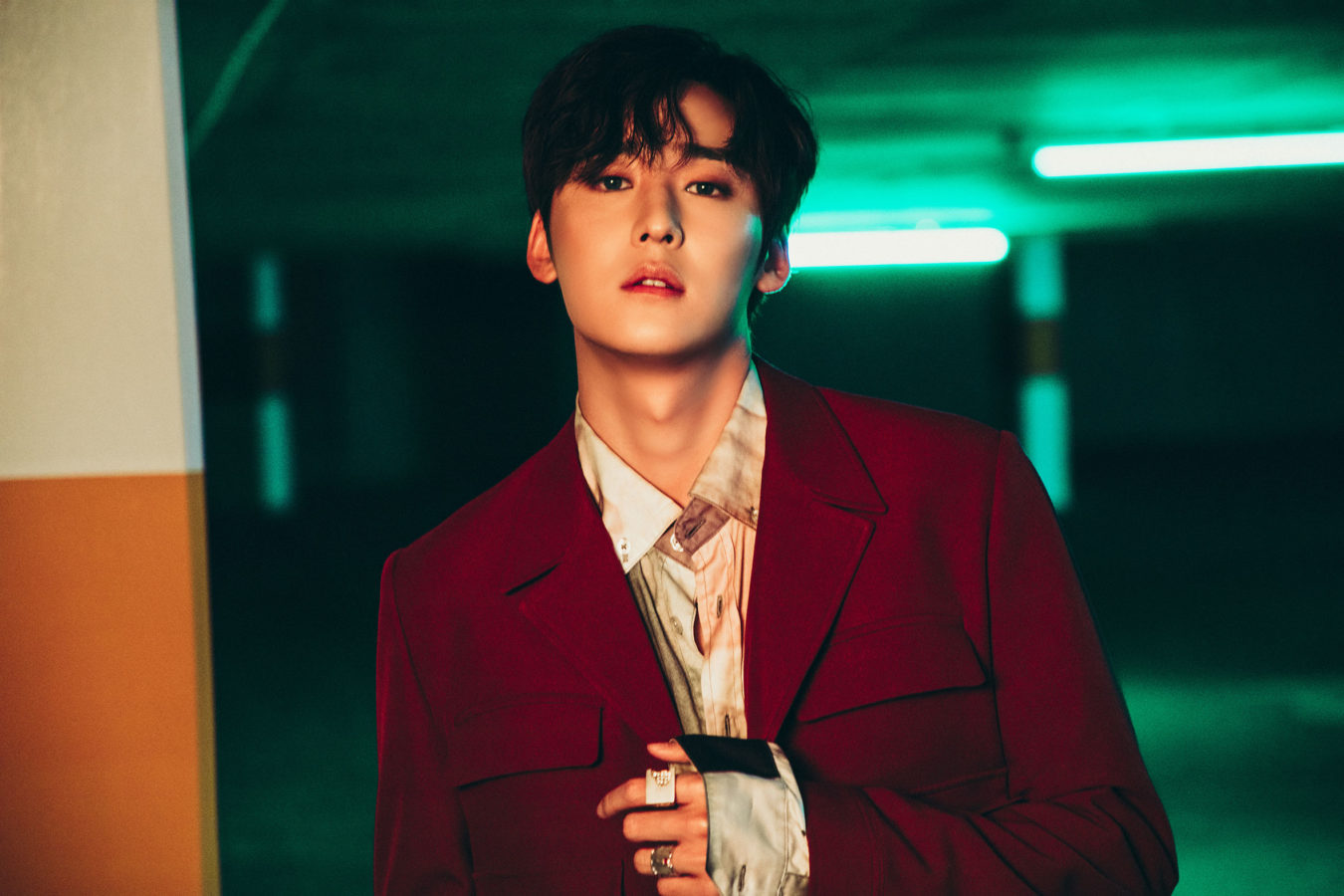 Led by Japanese and Koreans, Asian stars are entering the much-hyped NFT space. We talk to the people behind the just-launched KLKTN, and artists such as Kevin Woo and Miyavi.

There’s no fandom quite like K-Pop or J-Pop fandom. Just google BTS Army and you get the idea. With social media, streaming and stardom in this era, the relationship between stars and their legions of fans is an ever-evolving beast. Now these musicians are dipping their toes into the world of blockchain and NFTs, hot on the heels of digital visual artists. Beyond the hype and headlines, there’s a fundamental shift in ownership and the artist-fan dynamic that could flip the way music is funded.

“What attracted me the most to NFTs was the fact that I had absolute ownership of my music and art,” says Korean-American K-pop star Kevin Woo. “I was able to create something special for my fans that had value emotionally and economically. It was a brand new way for me to express myself creatively.”

Woo has released limited-edition collectable artwork inspired by his latest single “Got It”, all produced in collaboration with Hong Kong-based NFT platform KLKTN (Kollektion). But that’s not all – his NFTs come with behind- the-scenes Moments in Woo’s life, private virtual-viewing parties with the singer and even exclusive one-on-one mini “dates”, where you can video chat with Woo as he drives around LA.

“Fans can get directly in on the fun and even take valuable assets for themselves as keepsakes,” says Woo. “Through NFTs, fans can now collect, own and share a piece of my music and artwork, allowing them to be a part of my artistic journey and eventually helping me produce more content for them.”

On the KLKTN platform, these artist NFTs are billed like a sexier, dynamic digital version of old-school sports trading cards, with each granting the owner special access and specialised content by said artist. Another star working with KLKTN is Japanese rock legend, singer and guitarist Miyavi, who has massive local and worldwide followings.

“NFTs are something I’d never experienced before. Not only to me, but it’s also a new possibility for us. It’s a part of the future,” Miyavi says. “The world, especially the digital world, is evolving rapidly. How people consume content is changing.”

“We think we’re really on the cusp, the leading edge of this new universe, of being able to engage not only with traditional forms of entertainment but doing so in a more robust way via the internet and blockchain to an entire global audience,” says KLKTN co-founder and chief creative officer Jeff Miyahara. As one of Japan’s most sought-after music producers and songwriters, Miyahara’s idea for KLKTN came about when his Pro League NBA friends told him about NBA’s Top Shot, a pioneering sports NFT platform.

“I thought, ‘Wow, what would happen if we cracked this model, we could do something really similar to this, but for the music industry,’” he explains. “It’s not just looking at the players, but there’s an entire level of fandom around it, there’s an entire layer of community. And so that’s really where this conversation started.”

Through mutual friends, he talked to finance and tech expert Daisuke Iwase (who at the time was enduring Hong Kong’s brutal three-week hotel quarantine). And through many conversations and combined expertise, a partnership for KLKTN was born. Working through the logistics, tech, legalities and creative side of this new sector in blockchain business was a big effort for the core team. Currently, the concept has few competitors in the music industry and has just happened to capture the explosive first wave of NFT mania.

Remember this March when the art world was shaken as an NFT by digital visual artist Beeple reached US$69 million in a Christie’s auction? That elevated him from relative public obscurity to the three most valuable artists alive today – and also marked a milestone in the NFT boom. With much hype and bandwagon jumping; there’s the obvious subsequent talk of a bubble. Iwase and Miyahara, however, are being careful to future-proof their platform for longevity and quality content. “We want to create something that’s lasting and sustainable,” says Iwase, who’s now KLKTN’s CEO.

“This is my second start-up, you know. A year from now, I don’t want this NFT bubble bursting and then looking stupid. We want to create something that has real value.” What does that mean in the world of NFTs? Are there not hundreds of thousands of people digitalising their artwork as an NFT and trying to flog it in cyberspace? The last time a friend showed me a nascent NFT marketplace for art, it was hardly an impressive array, yet basic digital works by unknown visual artists were on there for tens of thousands of dollars. But as with platforms like NBA’s Top Shot show, there’s a way to connect popular culture with this still rather niche technology. “With this new NFT technology, it adds another layer of engagement, ownership and security too,” adds Miyahara.

Many of the leaders in the NFT music and entertainment world just happen to be from Asia, where fervent social-media engagement, online shows and virtual events have already boosted that culture of fandom. For K-Pop, J-Pop and music fans alike, the team at KLKTN is betting on real value coming from quality content that might give fans intimacy and exclusivity with their preferred artist.

Price points can start low, at US$5-$10 upwards per NFT here because, Iwase says, they want to capture real fans of this music, rather than just crypto sharks or NFT speculators. By winning over genuine fans who “wouldn’t mind trying new things for the sake of engaging with their favourite artists”, KLKTN can get a true sense of how the fandom will engage in the long term.

“I think we want to create products that our fans will genuinely enjoy, and will also enrich their experiences … we’re putting a lot of time and effort into the collectable items – it’s not just throwing up random JPEG or MPEG files, which anyone can do,” adds Iwase. “And for the artists themselves, it needs to be about creating sustainable value.”

By launching their first project with Woo, whom Iwase describes as a kind of “older brother of the current K-Pop stars”, there’s already the footprints of global expansion. The K-pop figure has fans in Korea but also Japan and the US, where he grew up and lives now (his latest drop, “Got It”, is in English). Woo and Miyahara have worked closely together for a while, so it made sense to launch with an artist “who’s willing to trust us and take a leap of faith in this experiment,” says Iwase.

Japanese rocker Miyavi has always been an innovator at the forefront of integrating new technologies with his music. A pioneer in the field even in Japan, he’s even tested virtual-reality performances. His NFTs with KLKTN aim to offer a “collecting” experience rather than merely owning digital assets, with digital ArtKards, candid Moments and a virtual CD cover with notes.

“We used to own photo albums, pieces of vinyl, CD sleeves or whatever we could collect as precious treasures,” says Miyavi. “That experience of collecting is the core of this project. It’s just happening in the digital world.” Music artists understand the fan-club framework has changed radically in the digital era. KLKTN is banking on a long-term structural shift as people spend more time in the digital world. Gaining access to private Moments of your favourite artists – things you wouldn’t see on Twitter or Instagram – is valuable to superfans.

Woo’s fans are already curious and supportive. “They’re enthusiastic about starting something new with me, especially because we’re making history together,” he says. “They feel appreciated and deeply connected to my project, feeling a sense of community … we have perks included in my NFTs, such as giveaways, livestreams, and virtual meet and greets, which they loved.”
This new kind of engagement has implications for future metaverses and how the celebrity-fan dynamic might shift in these all-digital worlds.

“The possibilities are endless,” admits Miyahara, “because now we’re not working on just one certain platform, but we’re creating native data for the entire digital future.” For Miyavi, the draw to be part of “this huge transition, or ascension” means there’s an element where “less physicality actually feels spiritual at the same time as it feels digital”. We’re all curious about what the future holds for how we live, interact and communicate. “I’m also excited to witness what comes from myself in making chemistry with this new experience,” he says.

What can we expect from artists like him in the future, as well as your own personal favourites? Exclusive NFT music drops or virtual concerts with special access? Artist mini-metaverses? “Absolutely yes,” says Miyavi. “I see this as an extension of my Virtual Live project. Since last year I’ve been hosting multiple virtual live concerts and just did one in partnership with Kiyomizu Temple in Kyoto. NFTs will be a means of my expression and, yes, I’d love to do that in the future. Music is a big part of the world of art. It’s something you can’t see but can most definitely feel.”