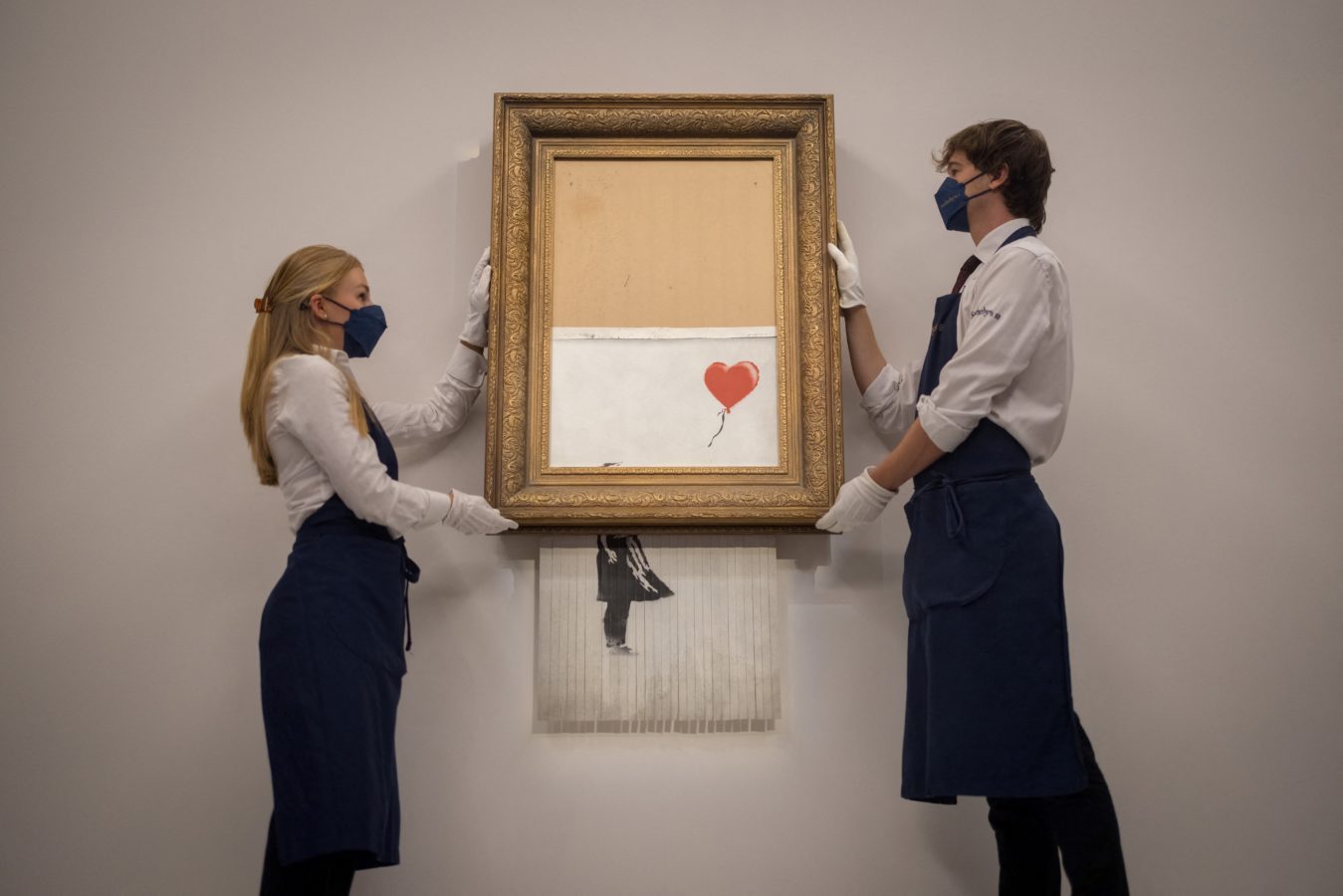 However, the sensationally self-destructed artwork was estimated at GBP 4 million-GBP 6 million (USD 5.5 million to USD 8.2 million) — almost 20 times higher than the presale price.

The selling price of the painting set a record for Banksy, surpassing the artist’s previous auction record of GBP 16,758,000 (USD 23,176,314) for Game Changer (pictured below) at Christie’s in London in March 2021. It was a tribute to the efforts of the British hospital staff during the COVID-19 pandemic.

London-based dealer Acoris Andipa, specialising in Banksy’s paintings and prints, , “I expected it would make £20 million. It’s such an infamous work. Together with Leonardo’s ‘Salvator Mundi,’ it’s been the world’s most talked-about artwork of the last two or three years.”

The artwork placed in a Victorian-style frame shows a small child reaching out for a red, heart-shaped balloon. Before Girl With Balloon was displayed at the auction, it was originally graffitied on a wall in east London. Counted among Banksy’s best artworks, it has since been replicated in many forms.

Three years ago, the esteemed auction house landed in controversy after the shredding incident for not noticing the hidden shredder in the painting’s frame. Sotheby’s spokesperson had told CNN then that they “had no prior knowledge of this event and were not in any way involved.” However, the client who had brought the painting kept it.

After the sale, the partially shredded artwork went on a tour starting at Germany’s Frieder Burda Museum, making its first public appearance. Currently, it will be displayed in Hong Kong, Taipei and New York.

Banksy’s subversive and satirical yet brilliant artworks include the Kissing Coppers, Slave Labour and the recent Dismaland, an art show in England’s Weston-super-Mare seafront. He it as a “family theme park unsuitable for small children.”